Instead of meeting in the Village Hall, July saw us in the house and garden of Rachel Halton for our annual barbecue. Despite it being a dry and sunny evening we decide to eat inside due to the cool wind. An enjoyable time was had by all, and judging by the noise a lot of news and views were being exchanged.

Our next meeting will be on Tuesday September 12th and will take the form of a Quiz, in order that in between rounds we can bring each other up to date with our news over the summer break!

Date For Your Diary 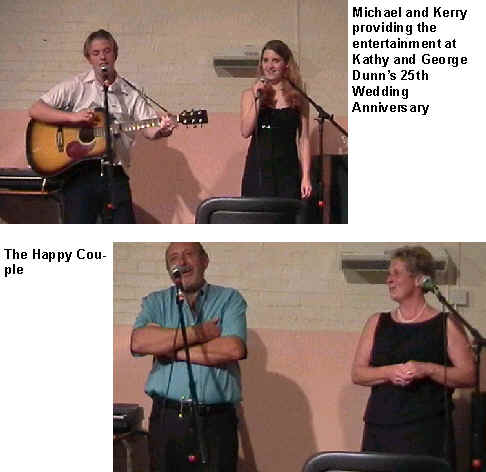 May we thank everyone who helped to make our Silver wedding party a night to remember. The village hall, "with a little help from our friends", was transformed into a silver dance hall, complete with balloons, flowers and candles.

The amount of gifts and cards was quite embarrassing and the kindness the villagers showed to our friends and family from the North was second to none, from providing accommodation to running a private taxi service to and from Harrold !! To everyone may we say a big THANK YOU! Kathy & George Dunn

As requested by those who enjoyed it at the Silver Wedding, here is the recipe for Pease pudding:

Wash split peas and place with cut-up potato in a muslin bag. Simmer for two hours in stock until peas are soft. Mash in a bowl with stock and season to taste. Serve hot or cold. (Particularly tasty with stotties and ham !).

You will probably have realised by now that I like words, and I enjoy using words, and that in my opinion there is no better language than English in which to practice the art, as it provides such a wide diversity of choice. There are long words, and short. Complicated and obscure words and yet others that can only be described as fun or nonsense words. Indeed the English language has a word for everything!

It is only when you take a closer look at some of these words that a rather uncomfortable fact comes to light: so very many of them are not English at all. But then again, what is the English language? It is rather like the English people ….. just who are they? In the early days we had the Picts and Celts etc. who were overrun by the Roman legions who left their own indelible mark on the landscape, to be closely followed by the Angles, Saxons and Jutes who inter-married with the invading Viking raiders. It is a combination of all these nations and the legacy they brought to these shores that has now become accepted as Early English. This rather suggests that even our original mother tongue was a hybrid of about a dozen different languages, although today we popularly accept the name of Anglo Saxon.

Into this came the Norman French, bringing with them a culture that accepted Latin and Greek as the classical international languages of the day. By the 16th. and 17th. centuries our adventurers had begun to sail the world bringing forward the time of Empire when more and more foreign words entered our vocabulary.

If you ignore such obviously introduced phrases as "fait accompli", "faux pas", "carte blanche", and "cul de sac" and words that describe items such as tomato and avocado (Peru) or bungalow (India) we are left with a wide selection of words that came originally from just about everywhere in the world.

So we sprinkle our conversation with words like shampoo (India), sash and sofa (Arabic), divan (Turkish) and that most English of words "chintz", which is actually Hindu! It is, perhaps, not surprising to find that camouflage, chauffeur and sabotage are French and that a number of words come from the Latin, as in album, exit and recipe, but more recent Italian brings us stiletto, graffiti and, surprise surprise, bimbo. How about kiosk, gymkhana and khaki (Turkish/Persian and Urdu) but gymnasium comes from the Greek. Delicatessen is German, paprika comes from Hungary and robot is Czech.

This is all very bizarre (Basque) you may think, but the word bizarre is, in itself, a most bizarre word. The original Basque meaning was beard, but the Spanish adopted it and for them the word came to mean manly and brave. The Italians borrowed it and used the word for angry. The French, not to be outdone, decided to use the word to describe mixed up, discordant and strange. It is, however, the same word - how very bizarre!

How about veto? This is a Latin word used in Ancient Rome and means exactly the same today as it did 2000 years ago.

Could this, perhaps, explain why so many of our overseas friends learn to speak English - because they already feel at home with so many of the words. Perhaps it also gives a clue as to why the English blithely ignore all other languages and stick to their own - on the assumption that they already are speaking the other language!

We should like to thank all those who supported us over these weekends, and particularly those who helped, viz., Pat and Keith Allen and Doreen Wheeler, without whose involvement we should not have managed to raise Ł 335 to send to the H.D.R.A. (The Organic organisation).

The open days take place annually as part of a nationwide scheme to promote organic growing, and, as such, we hope to be open again next summer.

On the 7th June the Bedford Borough Council's Executive Committee decided to enhance the Dog Warden Scheme by the employment of an additional enforcement officer.

The Dog Fouling of Land Act was extended to cover the whole of the Borough. It is now the intention that enforcement should take on a higher profile, with Dog Wardens instructed either to offer a fixed penalty or take evidence for prosecution.

As part of this initiative, Odell Parish Council wishes first of all to identify areas which cause the most problems in connection with dog fouling, and will be open to receiving comments from people living in the Parish. When these comments have been received, the matter will be further discussed at the next Parish Council meeting, which will take place at 8 pm on 4th September in the Village Hall. This meeting, as indeed all Parish Council meetings, may be attended by any Parishioner.

Many thanks to those who supported our Cream Teas afternoon in June to raise funds for the Corner Club. We were lucky to have a dry (if windy) day and we made Ł297 profit, which will be used to help adults in North Bedfordshire with learning disabilities.

In 1936, five impoverished spinster sisters lived in a remote part of County Donegal. With them are Michael, seven year old son of the youngest sister, and Jack, the sisters, older brother, a missionary priest newly returned from 25 years in Africa.

The events that summer, narrated in recall by the adult Michael, unfold a tender, poignant and humorous study which evokes the subtle and complex pattern of these women’s lives – within their household and the community outside.

Gala Night: includes wine and nibbles. Tickets only from Village Trader. Proceeds in aid of The Mill Theatre & The Friends of St. Peter’s Church.

The world premiere of a dynamic, original musical.

Bookings may be made one month beforehand from:

(Both of the above accept credit card bookings).

Sharnbrook -by returning your booking forms in person to The Village Trader, 28 High Street.

All performances start at 7.45pm. Seats can be reserved.

The Mill Theatre Trust will be running two five week courses for 9 to 18 year olds on Thursday evenings from 6.45pm to 9pm.

Course B will start on 2nd November 2000

Registration FOR EITHER COURSE will take place at 6.45 pm

on Thursday 7th September at the Mill Theatre.

A fee of Ł10 per person will be collected that evening. (Cheques made payable to SMTT).

24 places will be available at each course on a first come first served basis. The group will be divided into two study groups and it is hoped to cover such subjects as acting, dancing, singing, voice production, costume, make-up, lighting, stage design and construction, audition techniques, publicity and management.

The Bedford Marianettes Autumn Show in their 40th Year

Can anyone help with this recent enquiry?

I am carrying out some research in which Crewe Alston, 1828-1901, born and died at Odell Rectory (Castle?) figures during the 1860s and 1870s when he lived in Belsize Park, London. I have also found a photograph of him in what appears to be a Yeomanry Uniform (via his last descendant, in Australia) and a reference to him as "Colonel Alston".

Can you possibly assist with any other information about him, particularly his time in London and whether he was Colonel of Bedfordshire Yeomanry, please? 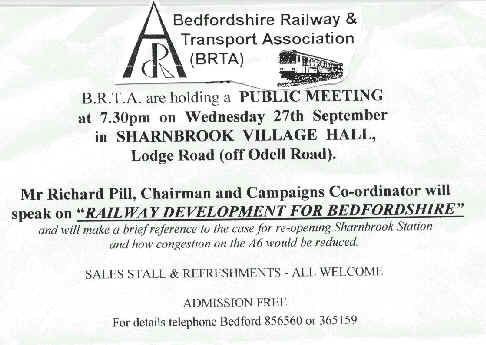 Please send all entries for the October magazine to Tricia Hudson (triciahudson@kbnet.co.uk), Anne Turner or Catherine Corkery by September 12th at the latest. May we remind you that the editorial team exercises the right to edit, shorten or alter any items that are submitted. Also, the opinions expressed in the articles are those of the contributors and are not the responsibility of the editorial team. 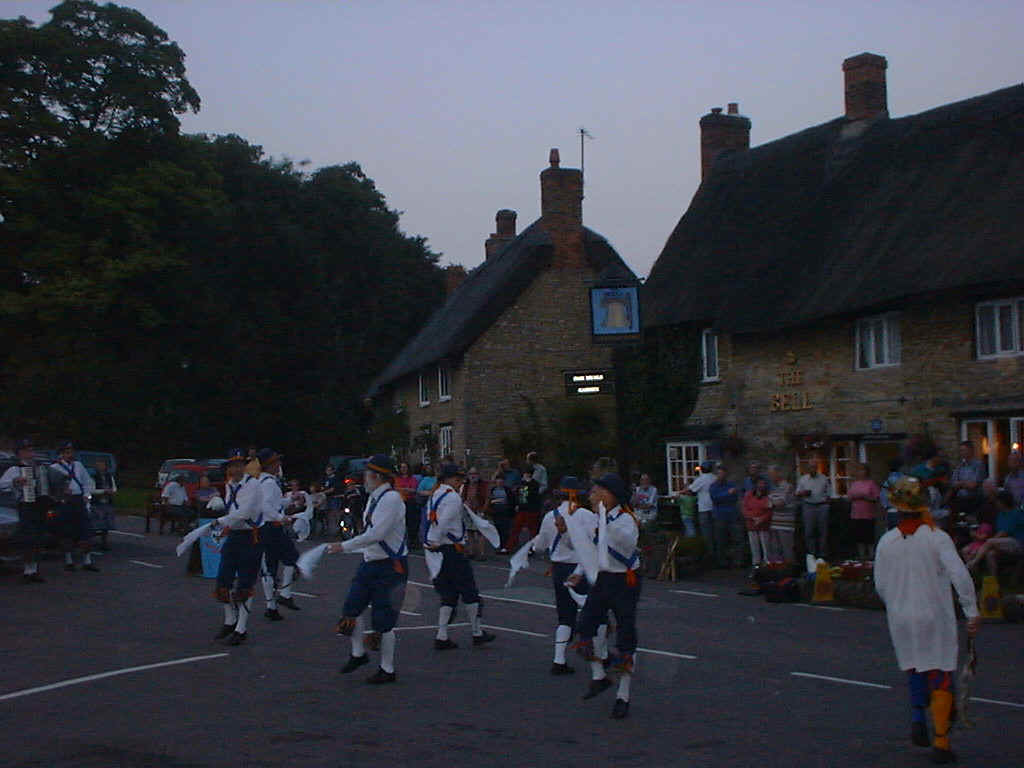 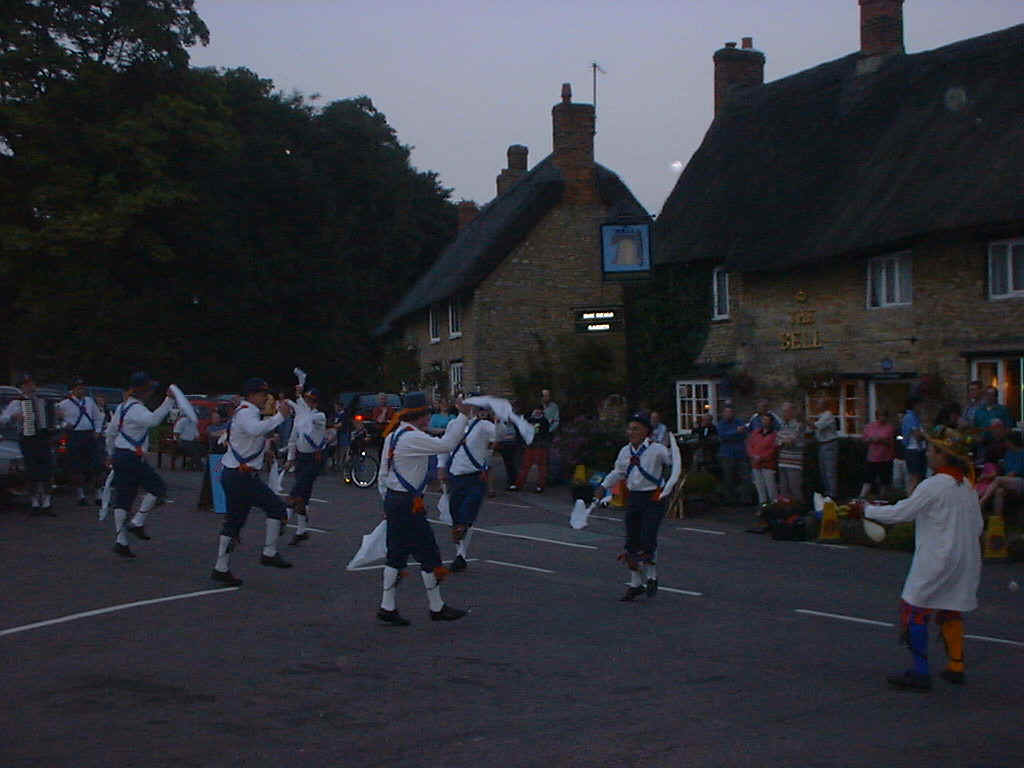 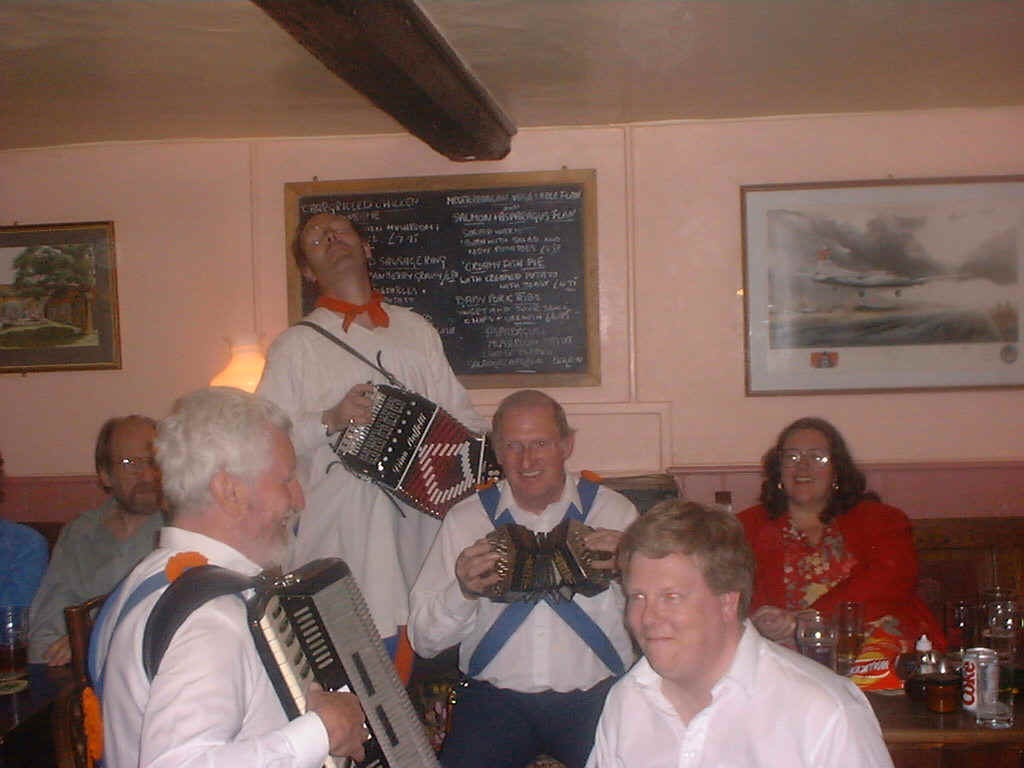 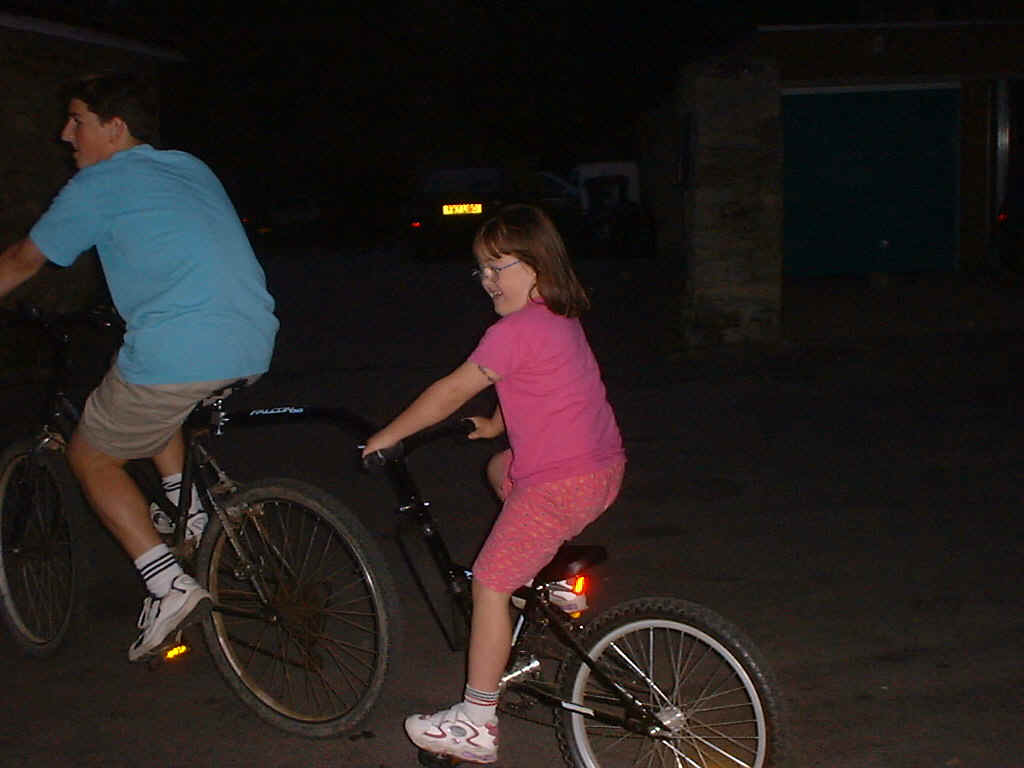 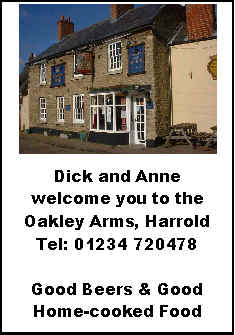 Excellent Bed and Breakfast Accomodation at the Oakley Arms in Harrold (2 miles from Odell by car, or 1 mile through the Country Park) , call +44-1234-720478 for more details.